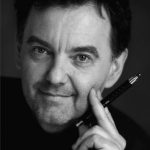 Architect and academic teacher. Professor and Dean at the Faculty of Architecture and Fine Arts of the Andrzej Frycz Modrzewski Academy in Krakow. He graduated from the Faculty of Architecture of the Krakow University of Technology in 1982, PhD (WAPK) in 1987, habilitation (WAPWr) in 2014. In 1983-1985 he completed a doctoral internship at the School of Art & Design, University of Tsukuba, Japan. In 1984-1985 he worked at Arat Isozaki’s office in Tokyo, and in 1987 at J.S. Polshek & Partners in New York. Co-founder and president of JET Atelier (1991) and Ingarden & Ewy Architects (since 1998). From 2002 he has been Honorary Consul of Japan in Krakow, from 2015 he has been a member of the Polish Academy of Arts and Sciences. Winner of the Honorary Award of the Association of Polish Architects in 2009 and other Polish and foreign awards. For the design of the Polish Pavilion at the EXPO 2005 exhibition in Aichi, Japan he has received the Golden Cross of Merit, and in 2015 was awarded the Gloria Artis medal for the project Europe Far East Gallery in Krakow. In 2018, he was awarded the Rising Sun Order of the Golden Rays with Ribbon by the Government of Japan. He is the author and co-author of numerous projects, including the ICE Congress Centre in Krakow (2014), the Malopolska Art Garden in Krakow (2005-2012), the Wyspianski Pavilion 2000 in Krakow (2007), the Polish Pavilion at EXPO 2005 Aichi, Japan (2005), the School of Japanese Language at the Manggha Museum (2004), the library of the Pontifical University in Krakow (with J. Ewý), the Embassy of the Republic of Poland in Tokyo (2001). Curator of exhibitions: “Domestic Modernism – Contemporary Chinese Architecture, Manggha Museum, Kraków 2017; Poland – UIA Congress 2011, Tokyo, Japan; Polish Architects for Japan, Association of Polish Architects, Warsaw 2011; Arata Isozaki – Sketches and Drawings, Manggha Museum, Kraków 2009; 3-2-1 New Architecture in Japan and Poland, Kraków 2004. Film producer and screenwriter, in 2016-17 he made the film “The idea is the most important thing, the architectural passion of Andrzej Wajda”. (début 06-2017) directed by Jacek Link Lenczowski.
Foto © Andrzej Świetlik 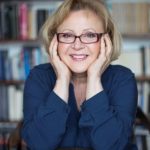 Graduate of two faculties (including philosophy at the Jagiellonian University). Research fellow at the Jagiellonian University. For the academic year 2013 she received the award of His Magnificence the Rector as one of the 30 best lecturers at the Jagiellonian University. Author of many publications and two books, organizer and participant of many conferences. Entrepreneur. She has been running her own business for 23 years. In 1994, she received the award “Krakowski Dukat” for her initiative and skills in business ventures, as well as for her contribution to public activity. In 2000, she was awarded the Silver Cross of Merit and the Medal of the Commission for National Education, and in 2014 the Gold Cross of Merit. In 2002, she was awarded the international title of “Entrepreneurial Woman”. Councillor of the City of Krakow as of 2002. For more information, visit www.jantos.pl.

Philosopher, full-time professor at the Jagiellonian University and other universities. He continues the tradition of phenomenology developed by Roman Ingarden. His research focuses on negation and non-existence, creativity, the axiological structure of humanity, the hermeneutics of the divine, beauty and basic ontological categories. In 1955 he defended his master’s thesis (Philosophy of Being in “De divinis nominibus” by Ps. Dioniza Areopagita, supervisor S. Świeżawski), and in 1958 his doctoral dissertation (Basics of the theory of transcendental beauty, supervisor M. Krąpiec). In 1968, he earned his postdoctoral degree at the Jagiellonian University on the grounds of his dissertation Z historii problematyki negacji / From the History of the Issues of Negation, whose reviewers were R. Ingarden, T. Czeżowski and J. Legowicz. He has won numerous awards for his outstanding scientific achievements: he has been awarded two times with the Individual Prize of the 2nd degree of the Minister of Science, Higher Education and Technology (1982, 1984), the Team Prize of the 2nd degree of the Ministry of National Education (1990) and the Individual Prize of the Ministry of Education (1994), the Prize of the 1st Department of Social Sciences of the Polish Academy of Sciences (1982), the Alfred Jurzykowski Foundation Prize in New York. He was awarded the Knight’s Cross of the Polonia Restituta Order, the Gold Cross of Merit, the Medal of the Commission for National Education and the Gold Badge for Social Work for the City of Krakow. In 2003, he received the title of honorary doctor of the Jagiellonian University, and in 2009, on the 50th anniversary of his doctoral degree, his doctoral dissertation was renewed. He has belonged or belongs to many organizations and scientific societies: He is an active member of the Polish Academy of Arts and Sciences (active member), the Polish Philosophical Society (chairman since 1990), the Polish Semiotic Society, the Scientific Society of the Catholic University of Lublin, the Committee of Philosophical Sciences of the Polish Academy of Sciences, the Société Internationale pour l’Étude de la Philosophie Médiévale, the International Society for Metaphysics, the Council for Research in Value and Philosophy, the International Academy of Philosophy (Liechtenstein), the PEN Club and the Association of Polish Writers. He is the author of many scientific and popular science books on philosophy, including Existence and Value, Krakow 1982, Dialectics of Creativity, Krakow 1983, In the Circle of Values, Krakow 1992, Lectures on Plato. Ontology, Krakow 1992, Existence and meaning, Krakow 1994, About greatness. Sketches on human philosophy, Krakow 2002, Around Beauty. Sketches on Aesthetics, Krakow 2002, Ontology, Krakow 2004. 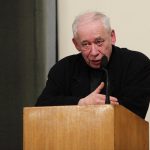 Analytical philosopher, logician and epistemologist, a theoretician of truth and a philosopher of language, professor of humanities. Academic teacher at the Jagiellonian University and the University of Information Technology and Management in Rzeszów. Doctorate in legal sciences earned by him in 1968 on the basis of his dissertation entitled Linguistic Philosophy and Contemporary Analytical Jury in Great Britain; postdoctoral thesis in the field of state theory and law in 1972 on the basis of his thesis entitled Logical Problems of Law Interpretation. He received the title of professor in 1991. He received two scholarships from the Kosciuszko Foundation, thanks to which he went on research trips to the United States: in 1989-1990 to the University of Berkeley, and in 1993-1994 to Boston University and the University of Pittsburgh. He also received a scholarship from The Netherlands Institute for Advanced Study in the Humanities and Social Sciences in Wassenaar in 2003-2004. He is or has been a member of many scientific societies and organizations in Poland: He was the President of the Polish Philosophical Society, the Polish Society for Logic and Philosophy of Science (in 2000-2002 he was the President; he left this organization in 2018), the Polish Semiotic Society, the Polish Mathematical Society, the Warsaw Scientific Society, the Polish Academy of Sciences (a correspondent member), the Polish Academy of Arts and Sciences (an active member), and foreigners: Academia Europaea, American Mathematical Society, Aristotelian Society, Brentano Gesellschaft, Institut “der Wiener Kreis”, European Society for Analytical Philosophy, Internationale Institut de Philosophie, Brazilian Academy of Sciences (foreign member). He was a Polish delegate to the International Union of History and Philosophy of Science/Division of Logic, Methodology and Philosophy of Science in the years 1992-2012. He is the Chairman of the Ethics Committee of the Polish Academy of Sciences (term of office 2014-2018). He has published a total of nearly 2000 publications, of which about 750 were from abroad. He is the author of several dozen books, including monographs, and several hundred articles, reviews and polemics. His works are quoted and published in foreign languages: English, French, Hebrew, Spanish, German, Russian, Romanian and Ukrainian. He has received many awards, including the Tadeusz Kotarbiński Prize for Philosophy (Polish Academy of Sciences, 1987), the Societatis Scientiarium Varsoviensis Premium Triennale (1991), the Minister of National Education Award (1993), the City of Krakow Award for scientific achievements (1996), the Prime Minister’s Award for scientific achievements (2002), the Jagiellonian Laurel (2009) and the Foundation for Polish Science in the field of humanities and social sciences (2013). In 2011, he was awarded the Knight’s Cross of the Order of Polonia Restituta. 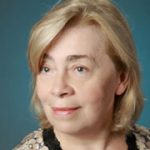 
This site uses cookies to provide services at the highest level. By continuing to use the site, you agree to their use.Accept